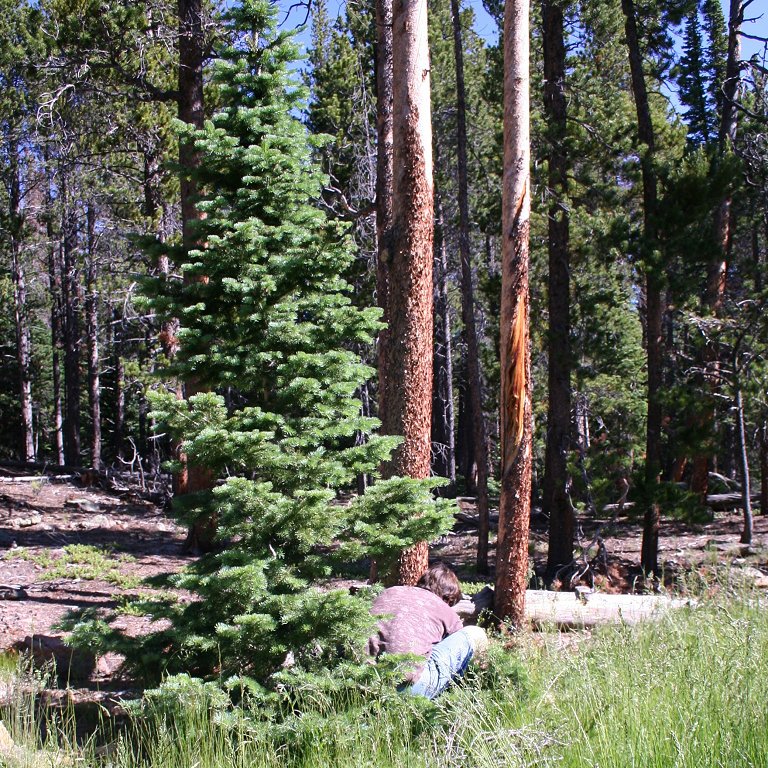 New SPLAT Verb is a beetle repellent that provides controlled and sustained release of verbenone anti-aggregation pheromone to repel Mountain Pine Beetles (MPB). By applying SPLAT Verb to a healthy and un-infested tree, host-tree-seeking Mountain Pine Beetles will identify that tree and surrounding area as undesirable and pass it by. It is an outstanding alternative to conventional Verbenone MPB treatments because it has a high-level of effectiveness, long dispursal life, and easy application method.


Splat Verbenone targets only the insects killing your trees. It is completely harmless to beneficial insects, humans, pets, wildlife and the environment. SPLAT Verbenone paste provides sustained and controlled release of a specific beetle pheromone to repel Mountain Pine Beetles.


Recent studies in small stands showed an efficacy rate of nearly 100% protection on trees treated with SPLAT compared to 93% mortalilty of untreated trees (control group). In some studies, treatment with SPLAT has shown to be even more effective than some other verbenone treatments. 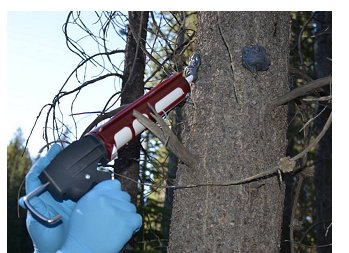 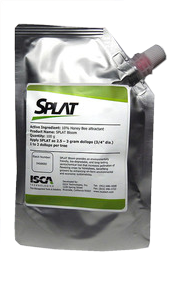 SPLAT Verb is the newest application method for spreading verbenone. Contained in a tiny squeeze pouch or a caulking-tube-style applicator, it is applied to a tree in small dollops of beetle repellent paste. The biologically active quantities of verbenone are released from the little paste globs over a period of 8 - 24 weeks, and beetles stay away. In most cases, this is enough to provide protection for an entire MPB flight season.

The new Splat beetle repellent paste eliminates the need for a hammer, nails or pouches that are visible and/or must be removed each season. It is water soluble, so if any gets onto your hands,(unlikely) it will rinse off with just a little dish soap and water.

It also allows the verbenone to be available on all sides of a tree for wind and sun optimization.

Splat Verbenone squeezable pouches come in a minimum quantity of 5 pouches and treat one tree per each pouch. Caulk-tube-applicators come in 750 gram tubes for use on 10 trees (75 grams per tree). If ordering the caulk-tube, we recommend that you also purchase a caulk gun calibrated to dispense the appropriate amount per squeeze. Call for quantities over 50 pouches or 18 tubes.

OUT of STOCK for the rest of the 2021 Season

Verbenone Pouches contain the exact same ingredients as SPLAT Pouches but in a small packet form. They perform equally as well and cost a little less per tree. Don't leave your trees unprotected due to the SPLAT shortage. See Verbenone Pouches Here 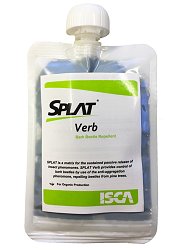 SPLAT Verbenone Pine Beetle Paste in a Tube (750 grams: treats 10 trees)
SPLAT Tubes are OUT of STOCK for the 2021 season due to Non-Availability of Materials.

Verbenone Pouches contain the exact same ingredients as SPLAT Tubes but in a small packet form. They perform equally as well and cost a little less per tree. Don't leave your trees unprotected due to the SPLAT shortage. See Verbenone Pouches Here 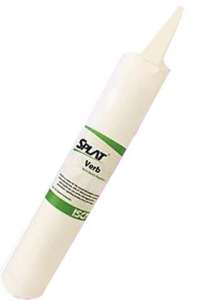 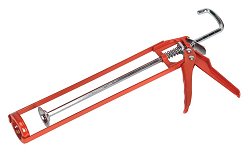 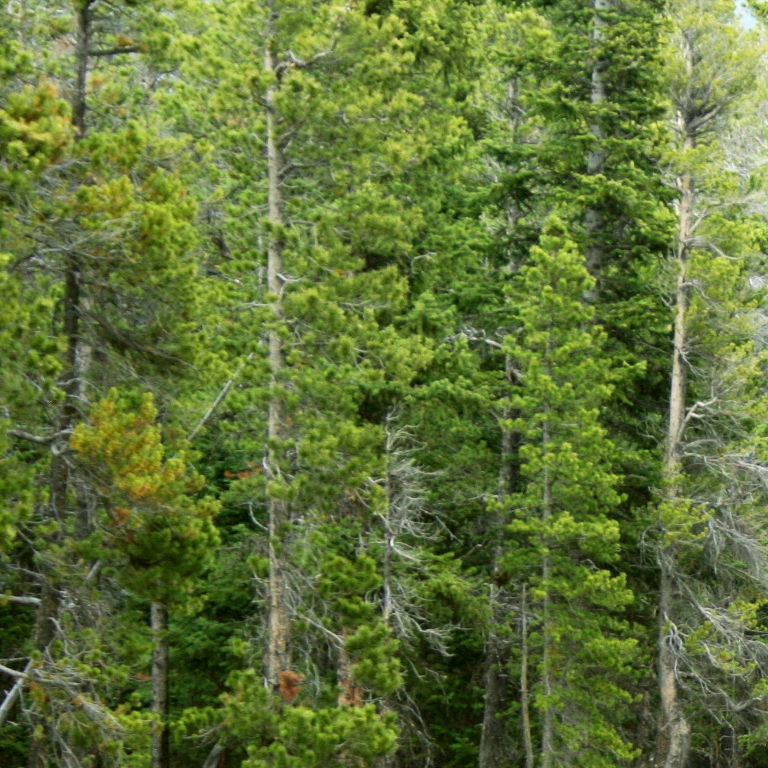 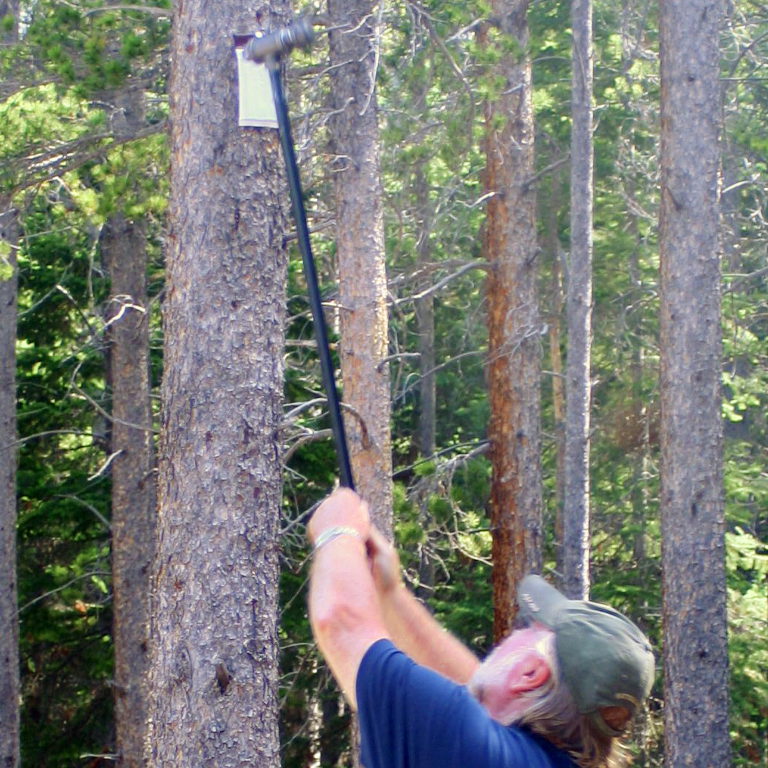 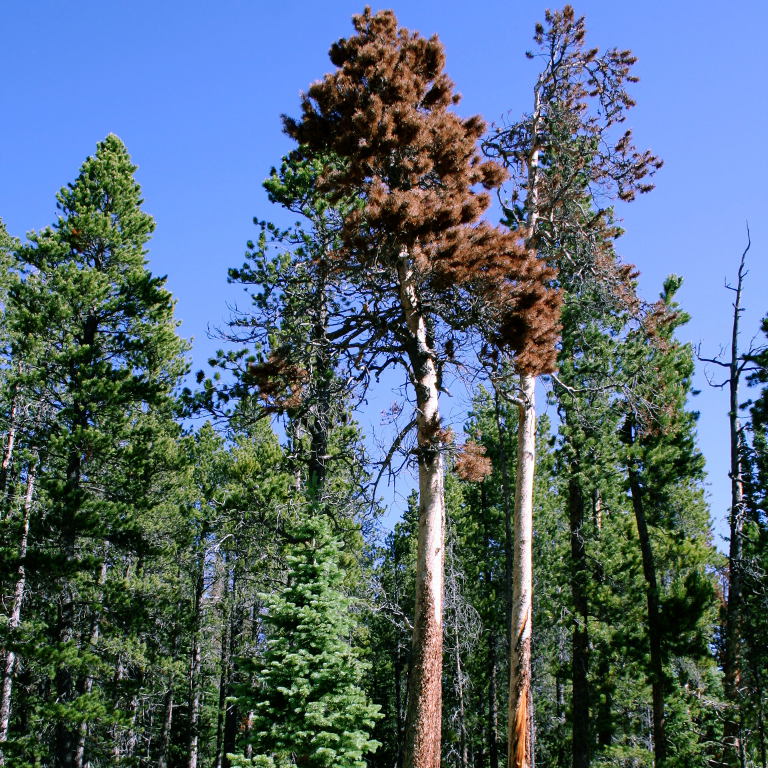 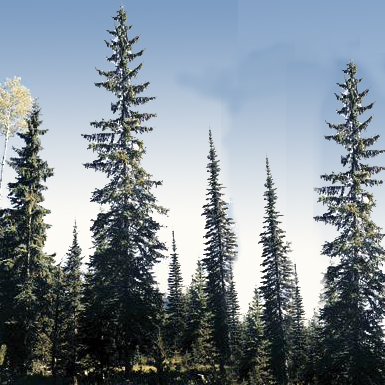 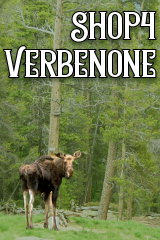